When an individual has a droopy eyelid, medically and formally known as Ptosis, and seeks to get ptosis surgery for their condition, something common they often hear is that they are vain for doing so. There is a general belief among society that an untreated droopy eyelid does not have any health consequences, and thus correction for it is simply for aesthetic reasons. This is the reason why ptosis is common in Singapore – because people aren’t keen to treat it.

This is a false belief though, as there are serious health consequences for untreated Ptosis. This is because a droopy eyelid can cover part of the pupil, preventing light from entering it, and thus preventing clear vision.

Untreated Ptosis can lead to a myriad of other eye-related health issues, such as ‘lazy eye’(Amblyopia), ‘crossed eye’(Strabismus) and Astigmatism. Individuals might try to naturally compensate for Ptosis by lifting their chin or head higher than their natural resting position, which can cause neck and head issues in the future. Ptosis surgery is therefore classified as a treatment for an ‘actual’ medical condition rather than treatment for ‘aesthetic’ purposes. 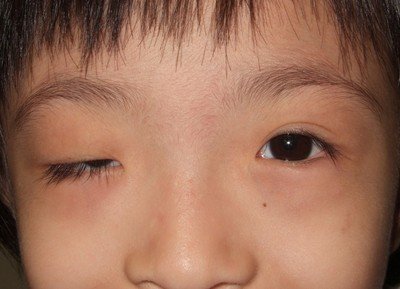 Many individuals in Singapore are dissuaded from getting Ptosis surgery in fear of being labelled as ‘vain’ by their friends and family. Some do not even realise Ptosis is an actual medication condition worth seeking medical attention for, and simply have gotten used to having a droopy eyelid. Regular health checks by an ophthalmologist can prevent this, as ophthalmologists are trained to recognise even the slightest hints of Ptosis, as well as treat it.

Treatment Options for Ptosis in Singapore

Treatment for Ptosis often requires surgery, done under local anaesthesia. Excess skin is removed from the drooping eyelid(s), and minor adjustments to the levator muscle are made. However, in more serious cases, greater adjustments and strengthening of the muscle may be necessary. 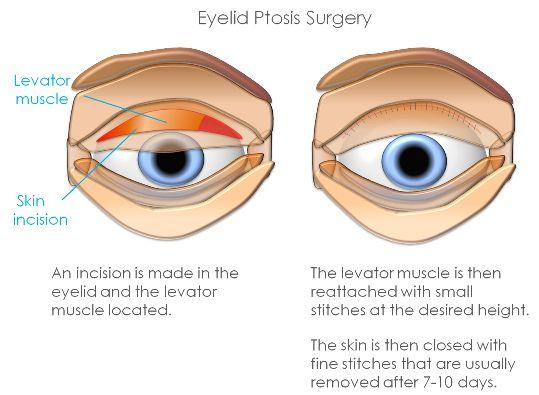 It is crucial that the anaesthetist or doctor treating you is fully informed of any medications you are taking at the time of the ptosis surgery. This is to prevent any negative effects that might arise from the different drugs being introduced into your body, called contraindications.

What Results to Expect?

Perfect alignment of the eyelids of both eyes post surgery is attempted, but perfection by its very nature implies impossibility. One should expect good or excellent results. Sometimes the eyelids may not be perfectly symmetrical not because of an error made by the surgeon but are due to the nature of having a birth defect. 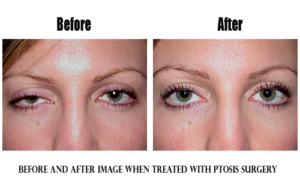 It is advised that you discuss with your surgeon extensively about the treatment, and make an informed decision with regards to the surgery. Be sure to discuss what to expect, healing time, possible mishaps, etc.

How much does surgery for ptosis cost? 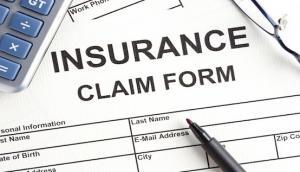 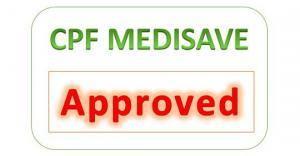 Strangely, not many clinics educate this or mention it to patients. If you google online, few very clinics who deal with ptosis in Singapore seem to mention it. Anyhow, if you want to find out more about claiming ptosis surgery costs from Medisave and insurance, you can call Illumia Medical as they are known to advise patients on it. Dr Adrian Ooi is also very experienced at treating ptosis so he’s a good doctor to go to.

One reason why many avoid Ptosis surgery is that they believe that Ptosis surgery is an ‘aesthetics’ treatment, and is therefore not claimable from insurance companies. It is time to change public perception on such an issue, and recognise that Ptosis is a serious medical condition and result in even more issues with the eye if untreated.

How to remove eyebags and stop looking tired

Micellar Water for Your Skin Care

What Causes Dark Eye Circles And How Science Can Help